The Coach and Horses was established as a public house in 1813. David and Rosemary Blake, the current landlords, bought the pub in 1993, refurbishing the pub before they reopened it to the public. The opening of Chalk Hill micro-brewery followed six months later with the on-site brewery supplying the pub with its ales.

The pub is now renowned for its ales, home cooked food, beer garden, roaring fire and cosy atmosphere. Dogs are encouraged, and supervised children are welcome until 8pm.

Situated close to the train station and Carrow Road, the pub has become a well established venue for Norwich City Football Club home games for both home and away supporters, serving freshly cooked food and discounted jugs of Chalk Hill Brewery ales.

Sports at the Coach

We have Sky and BT sports, where we show all televised Premier League matches, Champions League and Europa League matches, the Gallagher Premiership and all big international sporting tournaments such as the Six Nations and Football World Cup. With 4 tv’s situated inside and outside there’ll always be a screen available for your preffered sport. 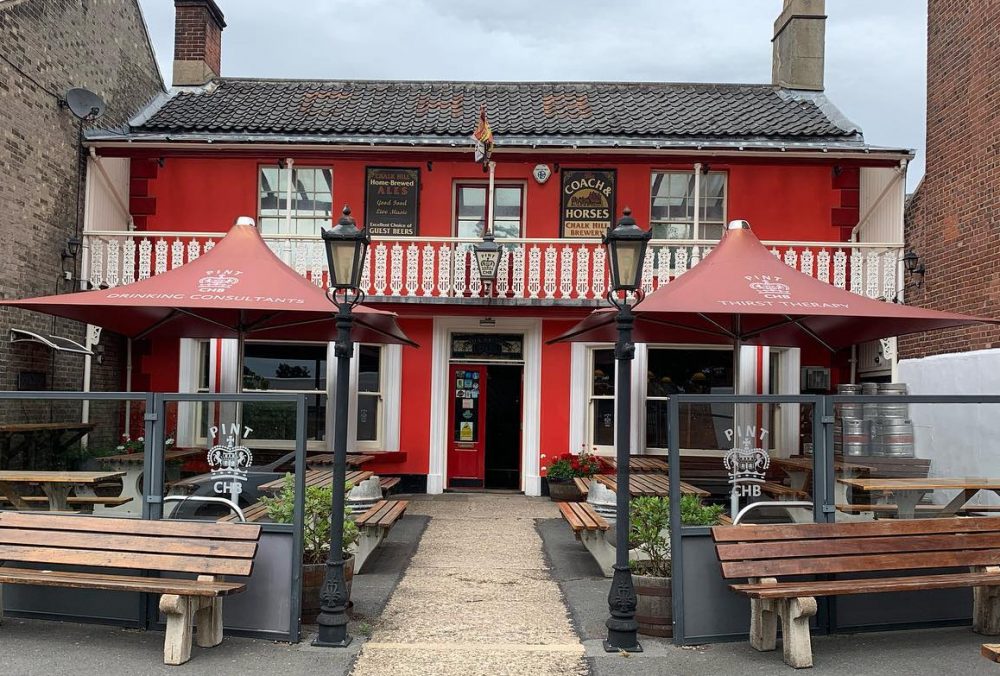